It can be said that The Addams Family is one of the most representative icons of the popular culture of the United States. From the first appearances in The New Yorker in the 30s of the last century, this monstrous family has almost become a model for the perfect Family concept – they always listen to each other and solve everything smoothly. Despite their strange appearance, they still love life and have a positive attitude to life, or sometimes the definition of beauty in their lives is somewhat different. Thanks to his success on the pages of The New Yorker, many later versions were made, from dramas to movies and in October this year will be animated.

Start collecting your Addams Family characters
The above works are highly appreciated and well received by the fans. Perhaps that is also the reason that PIXOWL INC – a game publisher with eight years of experience in this field has released a game based on the widely loved characters – That is The Addams Family – Mystery Mansion. Although it has just been released, there are many different opinions about this game, and here are some objective factors about it.

Sharp graphics, easy-to-play gameplay, attractive music
To talk about graphics – The Addams Family – Mystery Mansion really excelled its role when the smallest details were elaborated very carefully. The color is also meticulously invested in perfection. When experiencing – players can hardly make any negative comments on the game’s image. In addition, the game’s music is really appealing – though not so creepy as it is a bit catchy, magical in the game that can be explained but really memorable. Owning easy-to-play gameplay is also a huge plus when the game simulates a lot of items, the gameplay when you get the instructions needed to complete the tasks can be suitable for most. All ages – including children, can experience it. If you want to know a little about the characters of The Addams Family before going to the cinema to enjoy the animated film of the same name released in October, “The Addams Family – Mystery Mansion” is a game you should not ignore.

Somewhat boring for some individuals
Although this may be a horror-oriented product, the main topic is about the family. So even though the characters are somewhat scary, “The Addams Family – Mystery Mansion” still doesn’t have too many effects that make players shudder. Besides, because this is a family game, the context in the game will only revolve around the house of The Addams Family. Although this house is huge and it will take quite a long time for the player to finish unlocking all the corners of the house. But for fastidious players, they still expect something instead of just surrounding that beautiful house. Moreover, the game only for Android version 4.4 and above also makes it difficult for many players to experience it if they do not want to have to change phones.

Still worth the experience
Saying back and forth, “The Addams Family – Mystery Mansion” is still a game worth to experience, because of the value brought by itself. Not just the happenings, but also the values ​​and lessons about the family, the values ​​in life that sometimes we ourselves cannot realize. Although the plot or context of the game is not really too diverse, “The Addams Family – Mystery Mansion” is still very popular. The reason is not only because this family has been loved for a long time, but also because of the surprisingly beautiful images, the meticulously cared characters and the items and elements that only those who follow this family are enough. It takes a long time to understand and to see.

The huge house will be waiting for you to unlock, as well as the items that are waiting for you to bring home to decorate it. Along with equally humorous stories in the game will help you have moments of relaxation really refreshing. So, if you love the core values ​​of family, then this game is probably the name you should not ignore. With that and the animated movie The Addams Family about to be released in October, it is necessary to have a little experience or information about this family, and this game will help you not to face the gap of knowledge before going to the theater. 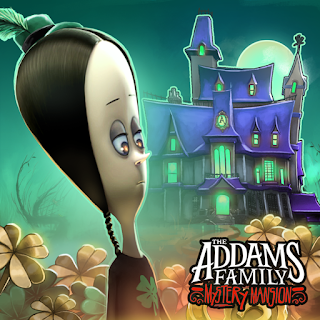 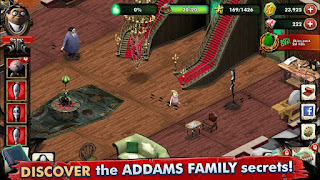 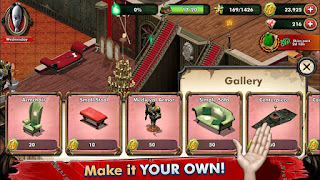