Ronin: The Last Samurai, an open-world game of a classic samurai. When things click, it’s fantastic; this is a beautiful game, one full of focused, contemplative moments, from tense, one-on-one sword duels to peaceful retreats to compose haiku under a tree.

Open-world games are big and busy, and those elements — the gigantic battles, the sprawling map, the copious sidequests, the repetitive mission structure — drown out what makes this game special. The two sides of the game constantly feel at odds. When it works, it’s incredible. The rest of the time, it’s yet another open-world action game. Let’s find out what’s in this fantastic game.

The game plot is around the world of Samurai.
Ronin: The Last Samurai takes place in Japan 13th century when a Mongolian army has invaded the titular island. You play as Ronin, one of the only remaining samurai following a large-scale attack that wiped out much of the warrior population. Initially, Ronin’s goal is relatively small: he wants to rescue his uncle, leader of the Tsushima samurai, who has been captured by the Mongol leader. Eventually, as these things so often do, the stakes get higher. Ronin becomes the de facto leader of a resistance force trying to thwart the invasion and keep it from spreading to the Japanese mainland.

This process isn’t straightforward. The conflict at the core of the game isn’t just between two opposing armies; it’s also inside Jin himself. He’s a traditional samurai who faces his foes head-on and values honor above all else at the outset. But that doesn’t necessarily win you wars. To successfully fight off the ruthless invading force — which uses siege weapons and tactics designed to terrorize the enemy — he’s forced to try different tactics.

Fight to enemies like never before
This plays out in a few different ways. The most important is the way Ronin changes. He slowly sheds his samurai upbringing to become something else, using stealth tactics, morally questionable weapons like poison darts, and more to become what the residents of Ronin call simply “the ghost.” By the end, he’s basically a samurai Batman, armed with a huge array of combat skills and useful gadgets.

But Ronin can’t do it alone, which feeds into the structure of the game. A bulk of the game quests are about preparing to fight the Mongols and kill their leader. That means drumming up support from the island’s residents — including a core group of four allies, among them a warrior monk and a disgraced bow master — seeking out new skills and weapons, and clearing out camps, towns, and farmland to set up safe zones.

It sounds cool, but for the most part, it plays out much like any other game in the genre. The missions — in particular, the sidequests — can be painfully generic. They almost all involve going to an area, clearing it of enemies, and possibly collecting an essential item along the way. Some require stealth, others climbing or tracking, and almost every one forces you to walk or ride alongside another character while they tell you something seemingly significant. Ronin: The Last Samurai is a well-made game, but it often betrays a severe lack of imagination. You may feel like you’ve been transported to 13th century Japan, but that doesn’t mean you can get away from explosive red barrels or the ubiquitous turret sequence.

A great example of combat
Ronin is a samurai master, and he controls like one. Over the course of the game, you’ll learn different stances, each of which works particularly well against a specific type of enemy and has slightly different controls to match. The result is that combat feels different depending on whether you’re up against a big, hulking brute or a skilled swordsman with a shield. Likewise, the game encourages exploration and pushes you toward goals in often subtle ways.

There’s a feature called “guiding wind,” which is precisely what it sounds like: you’ll see a gust of wind pointing in the direction of your current objective. It’s mostly a gentle reminder, as opposed to the firm push games typically give the player. When it comes to exploration, there’s a similarly light touch; you might see a golden bird or brown fox, nudging you to follow them toward something interesting. 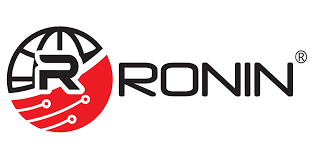 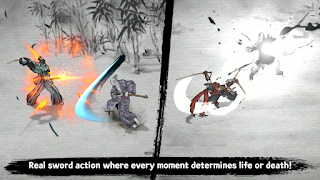 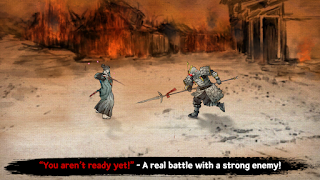