Speaking of MMORPG, surely we all know the famous video game World of Warcraft developed by Blizzard. First released 15 years ago in 2004, World of Warcraft was the video game that inspired and opened a new era for the MMORPG genre. Until now, apart from World of Warcraft, surely many people would know some famous video games with the same genre on many different platforms such as Sword Art Online series, Blade and Soul, Final Fantasy XIV,… This article will introduce you to a video game that also carries the famous MMORPG genre, and it is completely free on smartphones, it called RAID: Shadow Legends.

Best tactical role-playing game
RAID: Shadow Legends is a tactical role-playing game. Despite of the MMORPG genre, the gameplay is very similar to the classic RPG genre with a turn-based combat mechanic with a lineup of many members, unlike most MMORPG because literally all of them are using real-time combat mechanic with only one controllable character.

One of the good things about the game is the massive character system with hundreds of heroes from 13 different factions, including Banner Lords, Barbarians, Dark Elves, Demonspawns, High Elves, Knight Revenants, Lizardmen, Ogryn Tribes, Orcs, Skinwalkers, The Sacred Order, Undead Hordes, and Dwarves. Each faction has its own storylines, with different characters, and different fighting styles. With such a huge number of characters like that, you can freely choose any of them to recruit for your squad. You can recruit them by buying gachas, each gacha will recruit you a character randomly. You can earn money to buy these gacha through story missions.

GAMEPLAY
Speaking about the plot for a bit, the plot in the game is set in a world called Teleria. This world is in great danger, so you need to recruit the bravest, strongest warriors for your squad to save the world. The strength of the characters will be divided into 5 different levels.

MASSIVE PVE CAMPAIGN MAP
About the combat mechanic in the game, it’s a classic turn-based combat mechanic. What you need to do is to select the character’s skills and then choose the enemy you want to attack. On the journey to save the world, you will meet many different kinds of enemies from humans, people carrying strange races, monsters,… to the big monsters and mighty dragons… You may encounter enemies that attacking in groups, so having one or two characters that can attack multiple targets is necessary.

There are also characters who have the ability to buff a lot of beneficial effects for allies such as healing, increasing damage, defense, … You should also consider recruiting at least one such character for the squad. Boss battling will be the most difficult challenge that players have to go through. If you think your squad is too weak, try upgrade the characters. The game supports many different upgrade mechanics such as leveling, weapon enhancement, letting characters learn new skills,…

VISCERAL 3D ARTWORK
The game possesses top-notch 3D graphics which is really hard to complain about for a mobile game. The developer has done a great job designing the characters meticulously, especially with the detail shown on the faces of the characters. You can easily tell each character is who since they all have a unique face. The visual effects when fighting will also leave the players with a lot of impressions. All dungeons in the game are well-designed from the main details of the plot to the small details to add vitality to the background. Along with the impressive music and sound, especially the voice acting for every single character, these details have made the game become livelier than ever.

To conclusion, if you are a fan of the MMORPG genre, you should try out “RAID: Shadow Legends”. You will quickly be drawn into the game’s storyline and gameplay, along with its beautiful graphics, which will give you a good and unforgettable experience. 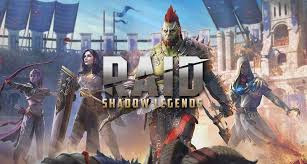 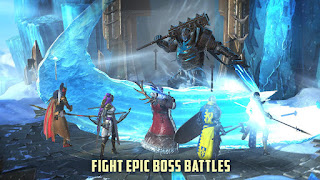 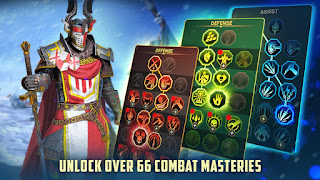