MARVEL has become one of the most popular mass cultures today. Hundreds of superheroes with different powers and backgrounds have created an attraction that is hard to ignore. Avengers: End Game movie it grossed $2 billion in revenue in just one month. This is the best superhero movie in human history. To draw the charm that Marvel’s superheroes are creating. Netease has recently announced an attractive MOBA game called MARVEL Super War.

MOBA is an old genre; the origin of this genre is DOTA games and LOL on computers. With Arena of Valor and Mobile Legend: Bang Bang is released, you have more choices about mobile MOBA genre. However, these games have a common characteristic that copyright issues limit the character. Now you can play as one of more than 100 Marvel superheroes and battle millions of other players around the world. Of course, Netease had to spend a considerable amount of money to get the “Marvel Comics” characters copyrighted image.

Collect more than 100 MARVEL superheroes
First, we need to find out how to play Marvel Super War, which is already too familiar if you’ve played LOL or DOTA. A large map with three different lanes. The positions that the player can participate in are the top, middle, bot, and jungle. Each position will have different characteristics and gameplay, so you also need to learn carefully to be able to join the match in the best way. Because the nature of MOBA is a defensive strategy game, the main goal will still be to protect the fortress of the team. Meanwhile, you need to destroy enemy soldiers and engage in fighting to earn money to upgrade equipment. Each of the generals has power and a way to get their own equipment. Focus on it if you want to play on your opponent.

There are over 100 different characters in this game, so you’ll need a long enough time to get used to each character’s skills. However, if you are a Marvel fan, then surely you will find those skills very familiar. It will be modeled after the superhero power of comics. Each week, you will be provided with a few free-play generals, if you want to unlock a particular general, you will need to have enough gold and level.

Team up and fight 5vs5 with the enemy
MARVEL Super War is carefully invested in the quality of graphics and sound. Meticulously designed character, beautiful 3D effect skill, and the large map will make players immerse in glorious battles. Currently, you will also encounter some familiar soundtrack in the Marvel movies that have been released. That will make you become interested in this game a lot. With a capacity of only about 400MB, MARVEL Super War does not need a high-end configuration phone to run well. The configuration recommended by the publisher is just Snapdragon 800 or higher and 2GB of RAM. Also depending on your phone configuration, the FPS level in the game will be different.

What’s more incredible when you’re late to become Deadpool, Spiderman guy or billionaire Tony Stark. Surely this will be Netease’s successful summer game. You can now download and install a beta version of this game. 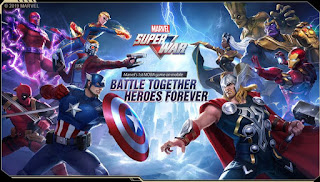 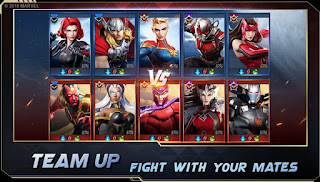 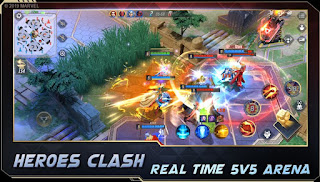