Introduce about War After: Shooter
A powerful 3D shooting game for Android!

Background
War After: Shooter takes you into the post-apocalyptic world. When all life and resources became scarce, factions constantly gathered everything to build their own strongholds. You are a heroic warrior fighting in a radioactive and dusty environment to get back what the enemy previously occupied. The game is a highly action-packed battle with no end. You will constantly fight, upgrade, and then encounter more dangerous enemies. The loop goes on and on in many different spaces and times.

Gameplay
War After: Shooter is an action shooting game from the publisher GDCompany. If you have ever played this genre on consoles, you will be shocked when playing it on your mobile phone because its graphics are extremely sharp with no difference from the real game console. But now, I’m still not in a hurry to conclude anything because that is just the first impression in the character selection and detailed customizations. In a while, I will return to graphics to see if it is as powerful as the publisher says.

After naming the character, choosing an avatar image, choosing automatic fire mode or hand control mode, you will choose the weapon. In the beginning, of course, there is no superweapon but only pistols, rifles, snipers… There are not many, but their design is very cool and impressive. You can rotate 360 ​​degrees to admire them. I think they are enough for you to enter the game without any worries.

And you know, after playing for a while, you can upgrade your weapons. Your arsenal will later have everything, from the normal to the fiercest such as handguns, SMGs, assault rifles, sniper rifles, shotguns, and a variety of grenades with different functions. The weapons can be unlocked corresponding to the character’s levels. Some more special types of weapons will need to be bought with money accumulated through victories in the game.

For the character’s equipment, we have hats, shirts, pants… These gears are also upgraded during the game and will help protect the character, not just for fun.

Only one game mode is enough to make the game exciting
The excitement of the game first comes from the actions and movements of the protagonist and enemies. They are so smooth, fast, and very majestic. So, when I picked up the gun, I saw the blood reaching my brain and just wanted to fight right away. I believe you will be like that too.

The game has only one game mode, Capture the Fortress. So feel free to enter the game and fight, no need to compare the modes and consider what to do. The importance in this mode is not to shoot and shoot but to capture the Fortress to get the most accumulated points. Each area you capture will automatically change to your team’s color. If you get it all, you win the whole game.

The power of graphics
The goal is so easy to understand, and the progression is so simple, right? You will get so much fun and want to play again and again. But I’m sure the thing that makes your heart drop will open right from the first level. That is the top graphics with a light capacity of only around 252 MB.

Right from the first second, when you hold the gun in your hand and try to manipulate it and look at the surrounding landscape, you will feel a terrible excitement. Everything is just like the real world. I even had to rub my eyes a few times to believe this is an ultra-light mobile game. Each branch of grass, the sun overhead, the hand holding the gun, the weapon detail… all drove me from one surprise to another. You will forget you are playing a mobile game. 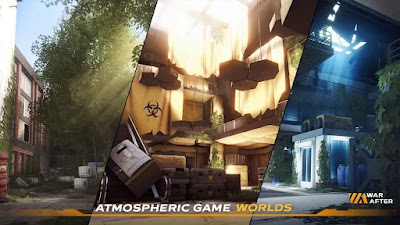 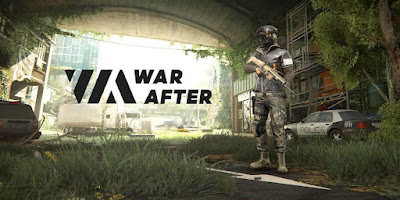