Hello Hero Epic Battle APK – Part 2 of the RPG Hello Hero has launched on Android. You can experience it right now if you don’t want to miss it!

Table of contents
About Hello Hero Epic Battle
Surely with the fans of action games, everyone has played through the hilarious hit game Hello Hero. And recently, Korean publisher Fincom, the creator of Hello Hero has officially launched the second part of this game called Hello Hero Epic Battle. This is really good news for the gaming community around the world.

If you played Hello Hero, this is a game cannot miss because part 2 has a lot of new modes that retain the charm of the previous. If you have not played yet, don’t wait any longer, please download Hello Hero Epic Battle on the device and experience right away.

Plot
Hello Hero Epic Battle takes the plot around 15 years after the Hello Hero event. The evil forces of Keronic have come back and done more harm than good. They want to destroy the Arena Kingdom to own this land. Get the bravest of the brave, together to face the monster giant. Death is waiting for you in the front. Are you ready for your adventure?

Gameplay
This game brings you RPG style fighting style and familiar co-op gameplay. Step into the game; you have to create a team of five characters in the game. Hold your team and fight under the game’s mission system.

There are 1000 main missions and 300 secondary missions to help you fight your fears. In battles, you only have to choose the skills that your character possesses to attack, destroy those who dare to obstruct you. You have just opened the fight of the story of Hello Hero Epic Battle. The unforgettable world of Arena is waiting for you to discover.

Characters
Hello Hero Epic Battle owns hundreds of different characters. From warriors, gunners, mages, … Each character has different strengths and skills. You can easily recognize the familiar characters of the previous game Hello Hero. In addition to this, this version also has a lot of new characters with extremely magical skills.

In particular, in the Hero Hero Epic Battle also has a Cool-down system, the stronger the character, the less time you have to cooldown so that you can perform continuous attacks. Also, you can also customize the coat, hat, glasses, wings and many other outfits of the character, sure cannot “duplicate” with anyone else.

You can upgrade your character’s skills when you level up. This will increase your battle power significantly. Collect powerful equipment after the battle to help your characters become more tank as well as bigger damage. Some characters combine their skills to create impressive combos. Please find out.

Along with that, the attractive modes of the game are also a big plus point. In addition to the battle mode to open the storyline, Hello Hero Epic Battle also brings you PvP Arena to you to interact with other players around the world. And not to mention the special mode, where hundreds of giant bosses are waiting for you. Combined with your teammates, defeat the Boss and bring back valuable trophies.

Design familiar
Regarding graphics, the game retains the features of the previous (Hello Hero, Elemental Knights R, and DawnBreak), but this version, images more perfectly. The characters are still very cute, fun but very strong in the battle. The effect is very beautiful, colorful. Plus, if you’ve ever loved Dragon Nest then surely the sound effects of Hello Hero Epic Battle will please you. 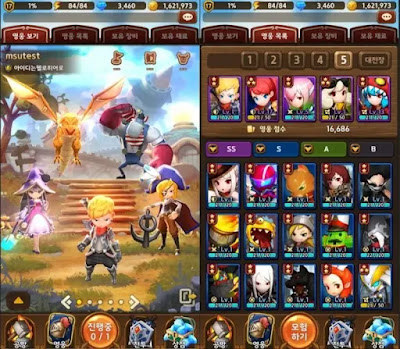 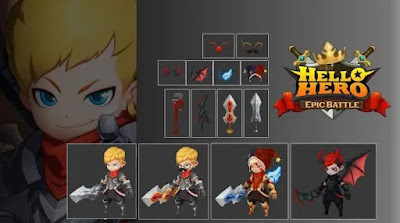