The fairy tale you never thought you’d see while playing a match-3 game
Right from the entrance, there was a puddle and a bunch of dry leaves blocking the way. And that is also the first duty of the family. Along with this task, a simple match-3 scene will appear, completed, with enough heart points, you will receive a leaf removal tool that is dry branches. First mission completed.

Soon a new character appeared, a lady who called herself Lady Regina Wroth. Lady Wroth’s scornful words annoyed the members of the Green family. This rich but cruel woman is also the villain in the story, who can interfere with any of your plans and is ready to do anything to hinder the reconstruction of the mansion of the whole Green family.

After the conversation, the whole family (with the addition of a butler, Joe, who just appeared) entered the mansion and was once again shocked by the terrible level of the clutter of the mansion, or rather an abandoned mansion.

One by one, each task appears and is accompanied by a match-3 scene with the difficulty level increasing gradually. Your final task is to help the Green family restore and decorate the entire mansion so that it becomes luxurious, true to the previous aristocracy.

What’s new in match-3 puzzles?
The special feature of match-3 levels in the game is that each level will have a different challenge, and needs the right number of steps to solve. And these match-3 requests will give you item requirements to do something in the game, when it’s for cleaning, when it’s searching, sorting, when it’s buying and redecorating the house.

Storyngton Hall not only brings entertainment but also a novelty. You will see the delicate integration between the classic match-3 model with a beautiful, fairy-tale story because of the princess-prince-style costumes and shaping. In which each development has logic, follows a certain plot, and many new characters constantly appear throughout the game.

But the excitement doesn’t stop there. Storyngton Hall is also a home decoration game. Specifically, in the process of cleaning up the mess of the whole mansion, there will be many spaces and corners in the house that are constantly unlocked. And they all need your hands to be involved, first to renovate the area, then to redecorate the interior. Completing the respective match-3 quests will get you the necessary decorations to display in each room. Ultimately, the goal is to bring the entire mansion back to its former state of affluence, neatness, and courtesy.

Small but meaningful things for players
At first, you will feel very deeply, as if you are part of this fairy tale. Each character in Storyngton Hall has a story and a dream. Through the main task of renovating this large abandoned mansion, you will have the opportunity to interact with each person more, including the 3 main members of the Green family and the supporting characters. Thereby understanding the story behind, feelings, and unfinished wishes of each person. Over time and the details in the story, these dreams will gradually come true. The ending is a happy ending: the mother finds her joy in writing, the father is at peace with the garden in his new homeland, and the daughter will find her sweet love. 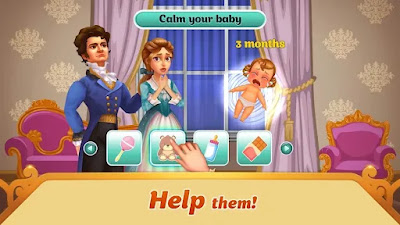 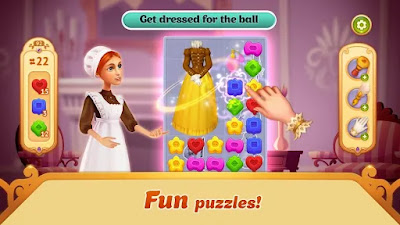