Introducing Blackmoor 2
2D arcade games were once very popular on the console. You control the character moving horizontally across the screen, moving from left to right and defeating all enemies. Still on that topic, today I would like to introduce to you Blackmoor 2, a perfect combination of old and new.

Blackmoor 2 is an interesting arcade game of Four Fats. It is the next version of Blackmoor 1: Quest Dunberry. The reason for I’m saying this is a perfect combination of the old and the new because Blackmoor 2 still carries the graphics and images of the classic arcade game, but in addition, it also has the factor of the role-playing game.

Plot
Many years ago, the world was being cursed by a destroy machine. A. skinny hero volunteered to perform the task of destroying the machine, breaking the curse. But since then, he has not returned. So, a group of adventurers decided to set out to search for their missing friend. This is the story of Blackmoor 2. On the road full of arduous adventures, the adventure team must confront many dangerous traps of monsters, zombies and demons. Destroy the dungeon of the demons and rescue your hero friend.

Although the story progresses from Blackmoor 1: Quest Dunberry, it is not difficult for players to understand its plot. A lot of interesting stages is the best way to explore the story in your own way.

Gameplay
As mentioned, Blackmoor 2 is a platformer game combined with role-playing elements. Therefore, take the character forward and destroy all the monsters in the dungeon. You will face the enemy is anything that moves and harms you, such as skeletons, mice, monsters, more. New enemies appear every time you reach a new level. Therefore, you must always learn new tactics and be prepared with unexpected combat.

To fight against countless enemies, Blackmoor 2 has a character upgrade system. You can unlock 8 heroes of the game. Each hero has different skills and powers. During the game, you must unlock them as well as advance their strength by unlocking skills, equipping weapons, … Because of the variety of characters and skills, players can devise a lot of useful tactics to make the battles more dramatic.

Modes
The gameplay of Blackmoor 2 is fast-paced with many different levels. Besides Story mode), players can choose between different game modes that are equally interesting.

Story mode: Basic game mode with a compelling storyline and attractive fighting scenes. 8 heroes to fight with countless enemies and bosses. Can all lead to a happy ending?
Build: CAllow players to build their own Dungeon. Create your own challenges and share them with other players.
Multiplayer: Cooperate in real-time, team up with 4 other players in top-notch battles.
PvP: Challenge other players around the world.
Graphics
Blackmoor 2 has classic 2D graphics with many colors. The character is designed very funny. There are many characters with many diverse costumes, giving you many choices. Accompanied by scene effects, battles or skills will give you the most spectacular battle scenes. 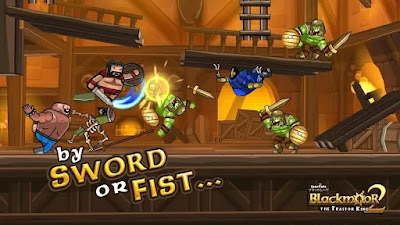 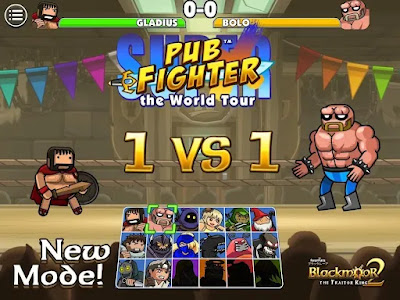