Like many other publishers, Netdragon Websoft Inc also wants to launch a MOBA game for mobile players. This is understandable only because this game genre is still dominating the market until now. Heroes Evolved is the leading producer of this publisher. The game will take players to a fantasy world with many powerful characters.

Hundreds of unique meticulously designed characters
For games using fantasy elements, the characters must have a variety of powers. They will bring unique and interesting battles. Each character will have a special skill system for you to exploit in combat. Basically, heroes in the game are divided into 3 main groups. Strength, Agility, Intelligence are the characteristics when using these units in the game. They determine the style of building items and the fighting style throughout a match. Heroes Evolved will propose the presence of extremely popular and familiar characters such as Sun Wukong, Odin, Anubis, … They are all representative of their class with unique skills that show their role on a game.

A classic 5v5 MOBA game with many elements of fantasy
For many gamers at the present time, they are too familiar with the gameplay of this MOBA genre. You will choose a hero and then fight your opponent. Finally, through the process of building up strength thanks to killing the enemy’s troops and even killing the enemy, you must attack to destroy the base. The ultimate goal of this game is to destroy the enemy base. Kill the enemy, you will get a large amount of gold to buy powerful items to suppress the opponent. When you are stronger than them, your opponent can hardly resist when you destroy the building and win. This way of playing will have different customization depending on the different modes. In general, you will have to fight other players continuously until the match is over.

Much unique game modes
In addition to the classic 5v5 mode, the game also recommends a lot of different fighting ways. Thanks to these modes, your gameplay is no longer boring. Players can constantly change their gameplay so that they are refreshed after matches with a repetitive mechanism. With 3v3 mode, the map will be smaller, the chance for you to clash with opponents is much higher. Those who like to try their individual skills should play 1v1. That’s where you have to face off against one person in a solo format. Usually, this format has its own rules that two people make to fight each other. But if you want to decide clearly win or lose, you still can destroy the enemy base.

Ranking mode and level division
Thanks to the popularity of LOL, the later MOBA games all aim for a ranking mode to divide into players. First, players will be competing against players of the same level as themselves. Then, with consecutive wins or losses, you will be demoted or promoted to rank levels depending on your level. The better you play the game, the higher your rank will be. Moreover, after reaching certain ranks, players can also gain valuable gifts from the manufacturer.

Simple but fair game rules, skills are always taken care of
For those who are familiar with MOBA games, surely know the term meta. It refers to a tactical trend that has become prevalent because it is too powerful and more effective than other tactics. This is partly due to the ability of heroes causing power difference. To avoid this from happening too often, Heroes Evolved is always looking for a way to balance things out. Skills that are too strong will be nerfed and weaker skills receive buffs. Generally, you will enjoy a game without any hindrance to your tactical creativity. You have to learn deeply about how heroes work and find out what works best. If players have good experiences, they will quickly reach their level of rank.

Connecting with friends around the world
There are many players from different regions enjoying “Heroes Evolved”. It is a multiplayer game so as many members as possible. If you want to have friends who can coordinate well, you should quickly make friends with those who have just played with you. The chit-chat, team-up, setting up clans system … will take place in real-time. It means whatever you want with the game. Invite your friends into your matches and rank up together. Or you can also invite them to enter the 1v1 solo mode to test each other, practice together to increase their level. 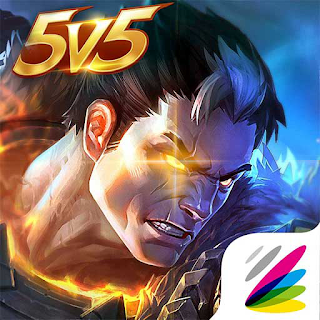 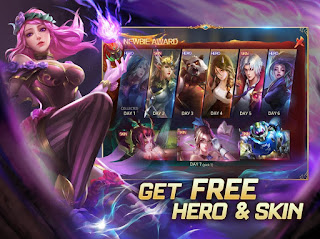 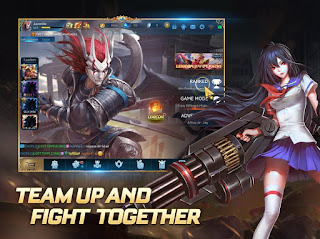