Earth Protect Squad is a third-person shooter action game with super realistic 3D graphics with amazing visual effects. Players in this game will not only enjoy intense battles with monsters but will also be able to use countless different modern weapons. However, those are not the things that make this game interesting, but its co-operative features and modes. Yes, players will join with their friends to participate in fierce battles and support each other to survive and complete the mission.

GAMEPLAY
The gameplay of the Earth Protect Squad is fascinating and has countless things for players to experience during the game. Players can participate in single missions to earn attractive rewards or join team battles to receive special rewards. However, the difficulty of this game will depend on the type of mission that the player has participated in. If they are participating in squad combat, the difficulty of the mission will be greater, and resources will be more scarce. But the reward is what people are pursuing when they can use those rewards to upgrade or buy new equipment.

The control mechanism of this game will be designed to match the third perspective and give players a smooth control while enjoying the game. Even players can perform actions such as crouch, prone, and sprint to become more flexible. Also, the game will support the auto-aim function to help players have better accuracy with guns. The third perspective will help players have a better experience since this is a survival game, and they need to aware of their surroundings. However, if the player still wants a different experience, they can change to the first perspective.

In Arsenal, players have a multitude of different choices to decide which weapons and equipment they will bring into battle. Weapons are divided into different categories depending on the play style of each person. If a squad uses a variety of weapons, it will be a great advantage on the battlefield. Equipment is also divided into various categories, such as armors, accessories, and gadgets. Depending on the fighting style of the player, they will choose the most suitable weapons and equipment.

The game mode is also something that makes the gameplay more unique. In single battle mode, players will have to implement many different objectives, there are also some optional objectives and will give players a bonus reward if they are completed. As for squad mode, the mode will be of survival style; four people will work together to defend the rush of attacks from monsters in many different maps. Squad mode is divided into two types, that is, survive all monster waves or survive as long as possible. The reward for surviving will be very generous and even able to receive powerful weapons or equipment. 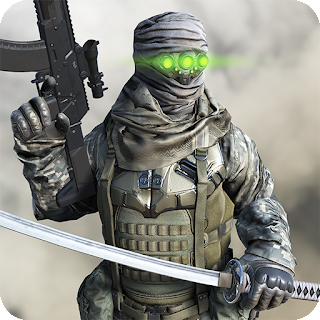 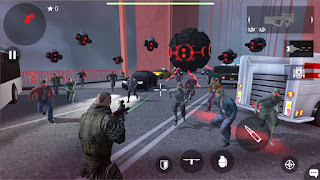 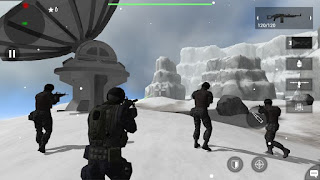