Crash Fever is a JRPG game combined with many new elements that make many people love it. Moreover, this game also offers many rewards and exciting events for players and creates valuable opportunities for every player in this game.

GAMEPLAY
This game is a perfect combination of role-playing adventure elements and puzzles; its gameplay is quite simple but requires the player to have a suitable strategy based on the course of the game. Despite its simple gameplay, its gameplay is unique, even itself contains many elements from other games and always brings a new experience to the player. Besides that, all the characters that appear in this game also play an important role to please players. They are designed with lovely and funny styles, along with eye-catching and colorful costumes.

When entering the combat, the screen interface will be divided into two, at the top will be the place showing the progress of the match, the bottom will be for the puzzle area. The player’s party will consist of members with different types of powers. Based on the kind of power that the player had in the squad, the puzzle area will display the corresponding number of colors based that match with the type of power. The puzzle area is designed with a different style from any other puzzle game; the messy appearance of colorful blocks is the first thing the player sees in this area. However, their position will still be close to each other to make the battle less stressful.

The combat is turn-based, the player needs to connect the blocks of the same color, connect them as much as possible. Based on the type of color of the block the player connects, the damage attribute will be similar. For example, the blue block will deal magic damage while the red block will deal with physical damage. But if the player successfully connects the colored blocks at the perfect time, they can activate the special skills of the character. Each character possesses a special skill and can be activated after the player connects enough blocks of the corresponding color.

The RPG element here is that players will make an adventure in a vast fantasy world surrounded by countless mysteries. The further a player’s path, the more difficult the challenge and create hard times for the player. But to compensate for the efforts of the player, the reward will be very generous.

FEATURES
Characters
All characters in this game have their unique characteristics; those are determined by appearance, personality, and strength. Based on the player’s playstyle, they will build a squad with the skills needed for combat. Moreover, all characters that players own can be upgraded and empowered. Upgrading characters makes their overall stats improved and can fight stronger enemies. Empower will enhance their special skills and reduce the activating conditions for players during combat.

Events and Mini-games
This game will continuously create interesting events and simple mini-games for players to make the gameplay unique and diverse. Events will create opportunities for players to own rare items, while Mini-games will bring peaceful times to help players relax. 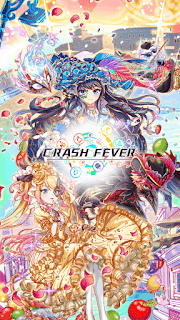 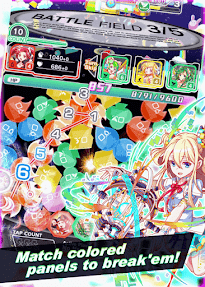 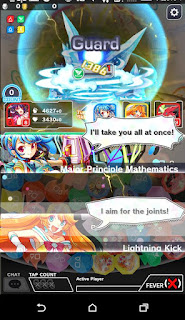